Why Our Intention To Sell Castle Brands Is Non Existent

We initiated our core position in Castle Brands (ROX) in the summer of 2013 for approximately $0.35 per share. Since then, our position has soared nearly 500% thanks to improving financial metrics and the near completion of an impressive turnaround. Here's why our intention to sell Castle Brands is non existent.

Please note that our investment horizon in this name is long (years long), and that this is a speculative, risky, small cap name that is subject to volatile price swings. Also understand that since we are up handsomely, we have a large cushion for volatile movements and are unfazed by downward price swings. 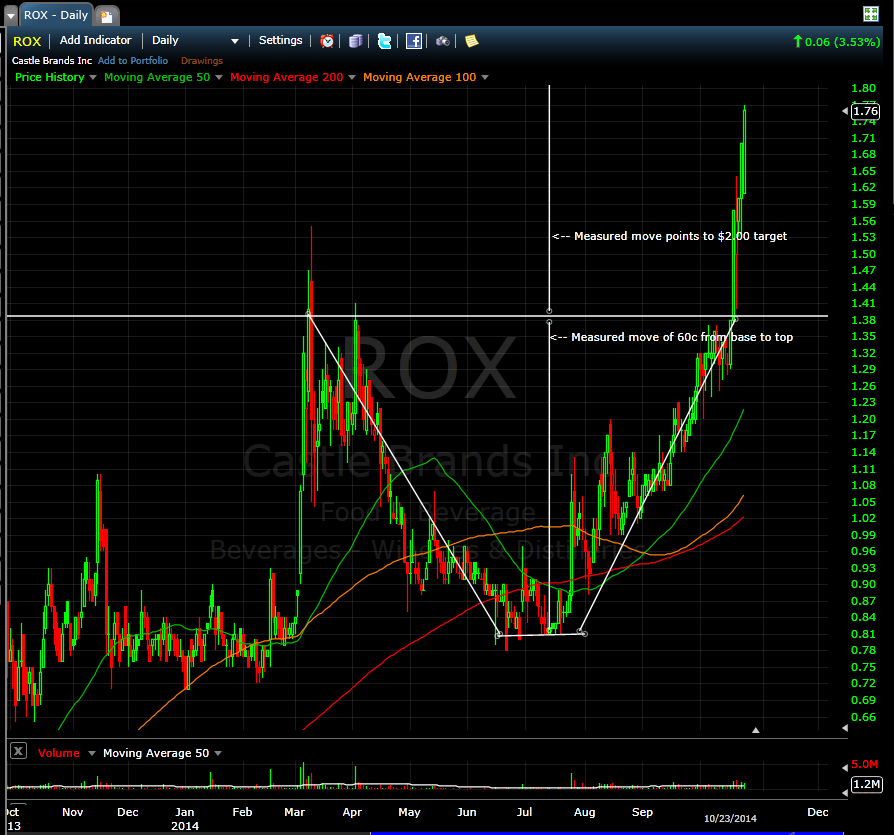 First, from a technical perspective, ROX has broken out of a cup and handle pattern (minus the handle, it just straight broke through without the consolidating handle) on strong volume. The measured move from the base of 80c to the top of ~$1.40 points to a 60c measured move higher to ~$2.00 per share. On the flip side, ROX is 45% above its 50 day MA, so we wouldn't be surprised to see a pullback/some consolidation. 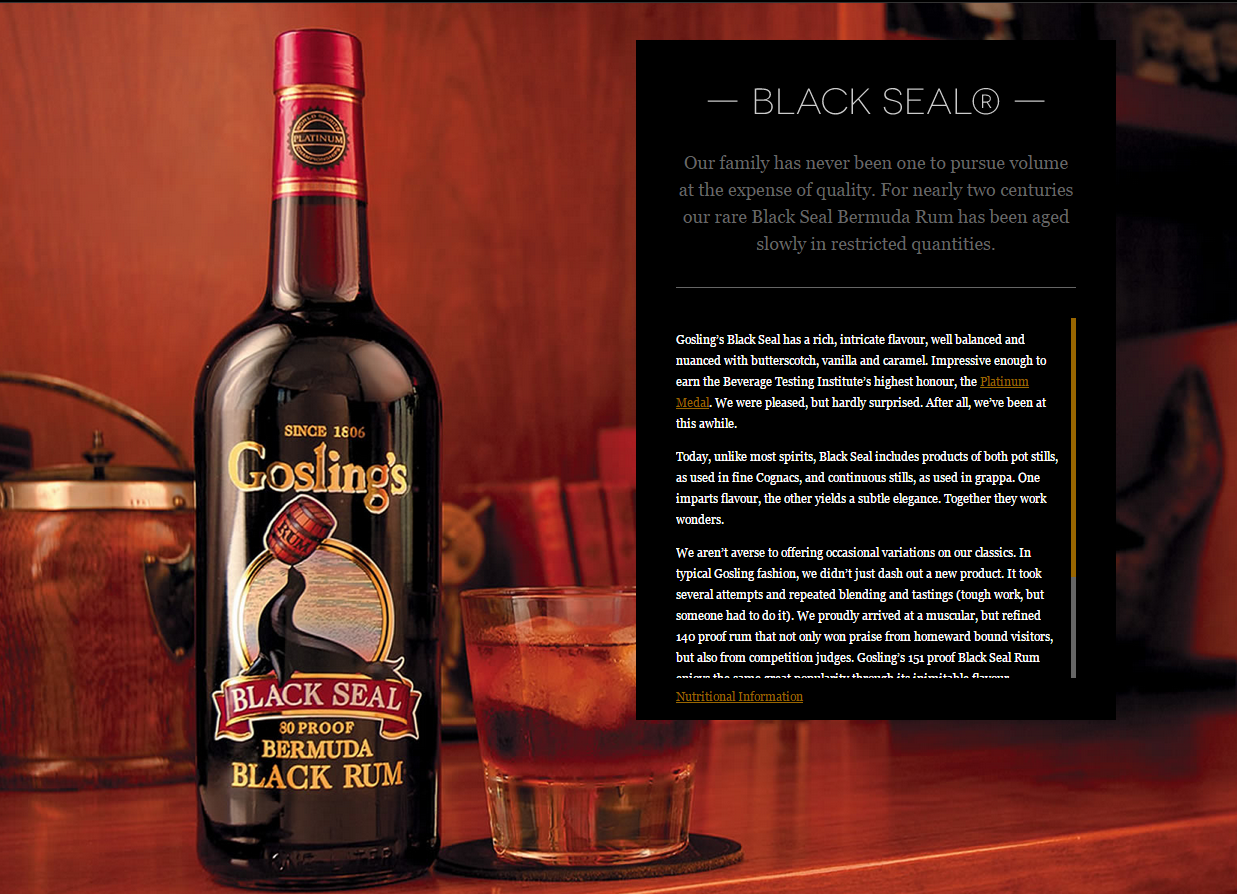 Second, we love ROX's products. We are avid fans of Gosling's Rum and the Dark and Stormy mixed drink. To us, there's nothing better than investing in a product that you yourself consume...and enjoy! It's not just the rum though, ROX is responsible for Gosling's Ginger Beer, which is posting strong growth figures, along with Jefferson's Reserve, a whiskey brand that is a true innovator (Ocean aged whiskey anyone?), and a whole list of other liquor brand names.

We are also noticing Gosling's rum and Jefferson's Reserve on the top shelf of more bars, restaurants, and in liquor stores, which is always a good sign.

Third, we think the alcohol space is a good place to be invested in. The alcohol industry is consolidating rapidly with acquisitions left and right. As ROX builds up its brand recognition, especially for Gosling's, we think it makes more and more sense for the entire company to be scooped up. The Rum space is a division of the alcohol industry that is posting some of the strongest growth figures, and it is clear that Rum sales have not yet peaked. It is also clear that, besides Bacardi, there is not one dominant top shelf brand name, and we believe Gosling's is leaving its mark and building up its brand to be that top shelf name as time goes by.

Also, it is worth noting that there are very few companies left out there that have recognizable brand names and sport a market cap of only $260M. All the others have already been acquired, and a ROX acquisition may be inevitable for any of the big industry names that are looking to add a strong rum brand to its arsenal.

Fourth, ROX is finally about to step out of the red and into the black. It'd be premature to exit an investment in this company just as it turns profitable.

And lastly, one more thing to consider:

"Along with higher unemployment and bankruptcy, an economic recession brings increased drinking of alcohol, a study suggests. The increased use of alcohol includes binge drinking, problem drinking, and driving under the influence. The study is published in Health Economics."


We think this is a safe name to be in, just in case the economy loses its thunder and stagnates for a period of time, consumption should increase and more attention should be placed on these stocks.

We have a handsome unrealized gain on our core ROX position, but we think there is plenty of more room to run in the long term, and for the above reasons, our intention to sell Castle Brands in non existent.

We have previous, in depth write ups on ROX and the ongoing progress of its turnaround plan under the Pro Research tab above. Thanks for reading.