skip to main | skip to sidebar

Plug Power has been breaking down as of late, and the short term charts paint a picture of range bound, choppy price action for the time being. A large GenKey order could change all of that, but we are comforted in our long position because of longer term charts. 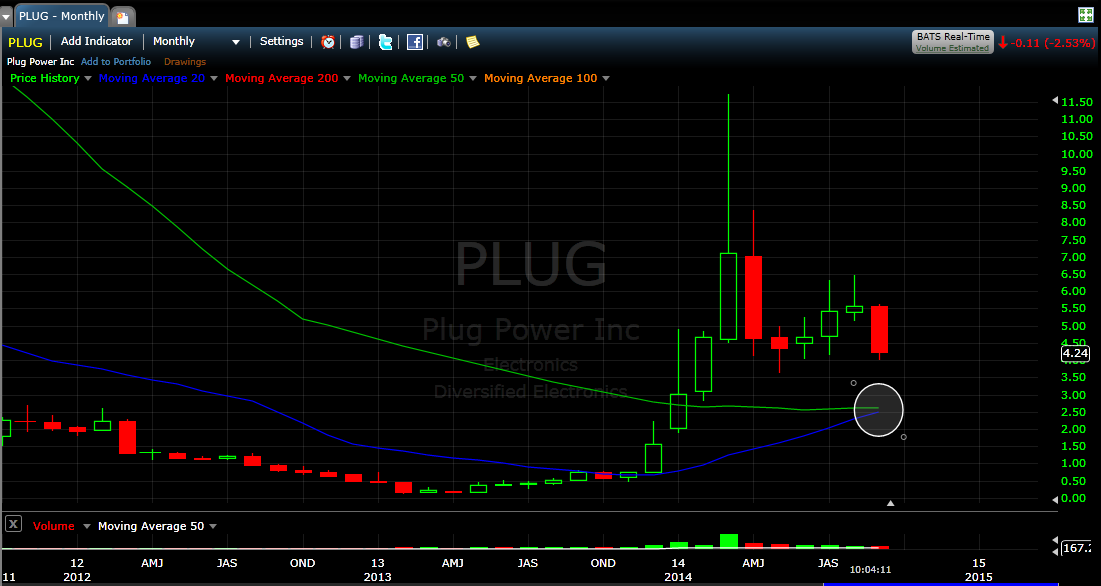 On the longer term monthly chart, we see an imminent bullish cross of the 20 Moving Average moving above the 50 Moving Average. To us, this says price appreciation in the long term. 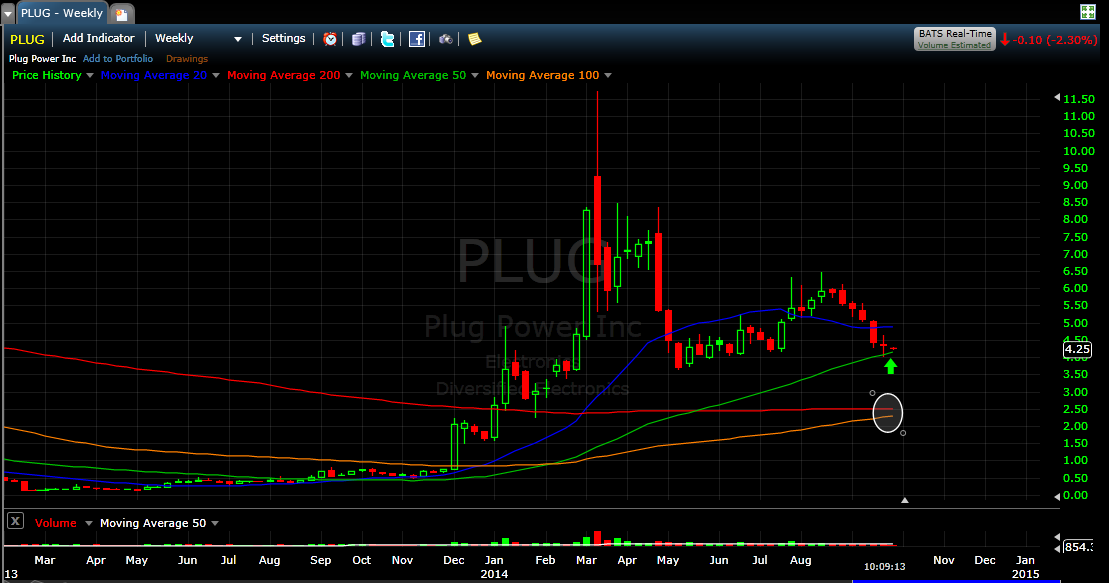 Despite the positive fundamentals developing at PLUG, we also like the longer term technical picture. To increase exposure to our original August 2013 position, we have decided to purchase the JAN 2016 $5 Call options at a cost of ~$100 per contract.
at 10:43 AM 0 comments

Nokia has proved to be a profitable, resilient, upward moving stock for more than a year now. After breaking out of an almost one year trading range, it seems Nokia wants to push higher to double digits. Two recent moving average crosses point to significant upside ahead for Nokia. 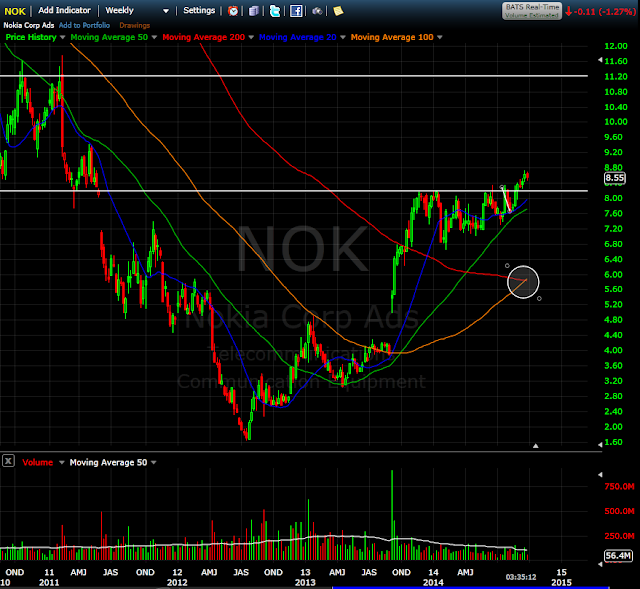 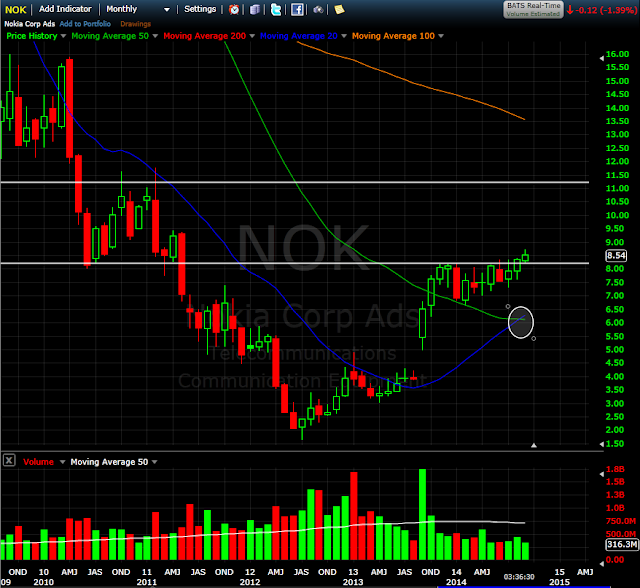 The bullish crosses on these long term charts point to long term gains.

We are long Nokia, and expect the stock to retrace to old multi-year resistance levels around $11.50-$12.00. The improving fundamentals of Nokia back up this trade.
at 9:22 AM 0 comments