Positive Tiara Data Could Give Neovasc A Much Needed Boost 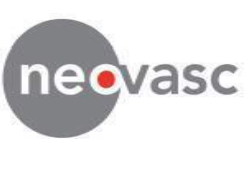 Neovasc suffered a huge blow last month when a jury awarded CardiAq (now a subsidiary of EW) $70M in a trade dispute/IP lawsuit related to Neovasc's Tiara mitral valve. Valued at over $600M in early 2015, Neovasc is now worth only $30M. The comany has ~$50M in cash and is in the midst of enrolling patients into its pivotal Phase I Tiara trial. The judge threw out 2 of 3 remaining claims against Neovasc last week, but still has yet to finalize the $70M penalty and has yet to rule on the change of inventorship. CardiAq would be listed on the patents for Tiara along with Neovasc, likely resulting in Neovasc having to pay CardiAq a royalty on future sales IF the judge rules in favor of CardiAq--this scenario would crush Neovasc's stock (again). An appeal from either CardiAq or Neovasc is possible and would push out the final judgement another year or more. 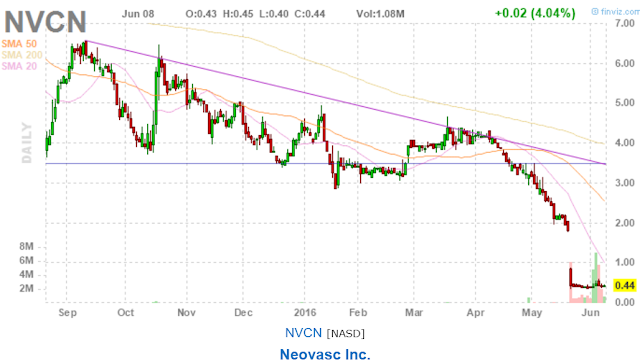 Tiara is the front runner device in the mitral valve space, which is an untapped market that is estimated to be 2x-4x the size of the aortic valve market. A lot is at stake here.

Neovasc is also in the midst of a limited commercial launch of its Reducer device in Europe, which helps relieve patients suffering from refractory angina. Revenues jumped 429% in Q1 to $213K. It will take a few years for Reducer to generate meaningful revenue.

The real catalyst to boost Neovasc shares from current depressed levels is positive data presented at the Transcatheter Valve Therapies meeting. Neovasc presents June 16. Based on the previous successful implants of the Tiara, the data is expected to be positive. At this point, given the unknowns regarding the trial damages and patent ownership, this is an extremely speculative play. But there is still upside potential if NVCN presents positive Tiara data at TVT meeting, and
if the judge rules favorably for NVCN by either A) reducing $70M penalty, B) ruling against CardiAq RE: claims to ownership of Tiara, or C) both. 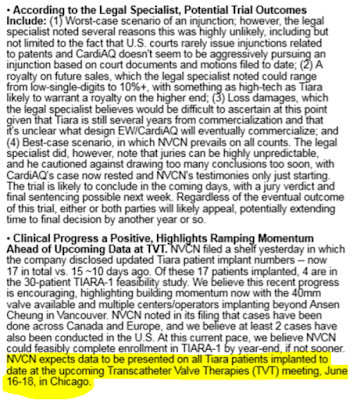 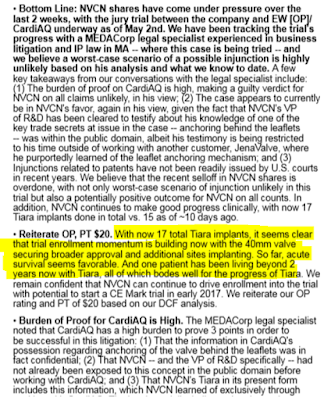