Cognizant Looks Poised For A Breakout

I have been long shares of Cognizant Technologies (CTSH) since late 2016. Shares caught a bid after it was revealed that activist investor Elliot Management took a 4% stake in the company in late November 2016.

My eye sees an ascending triangle that, if broken to the upside, could see a swift move to the $60's. I will remain long my core position and will cut my losses if shares decisively break below its 50 day moving average. 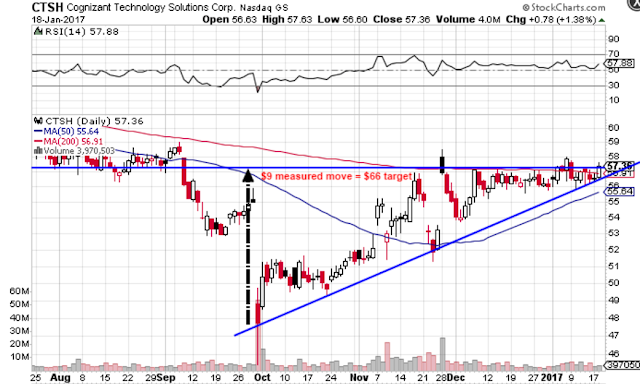 Longer term, if CTSH manages to break out of its ascending triangle, a measured move target points to $66.

30 comments to ''Cognizant Looks Poised For A Breakout"