ForceField Energy (FNRG) has been popping up a lot on FinViz.com recently, so I took a look at the company. I have never seen such an overbought stock before in my life, with a current RSI reading of 94. 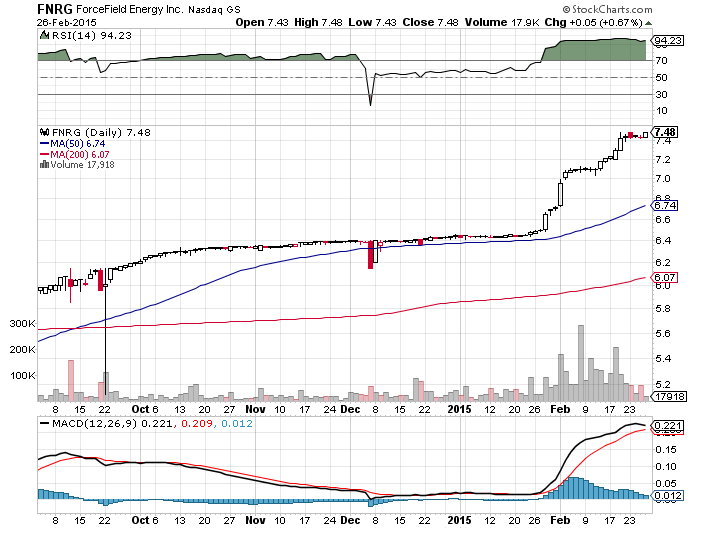 This stock has seen a sharp increase in volume in late January/February, primarily driven by paid promotion from Red Chip TV and The Dream Team Group. A fake research report on the company was issued by CapRock Research, which gave a "conservative" $8 price target. CapRock is connected to Small Cap IR, which is a subsidiary of The Dream Team Group, a stock promoting firm.

Of the 9 PRs released for FNRG in 2015, 5 of them have been related to paid stock promotion. 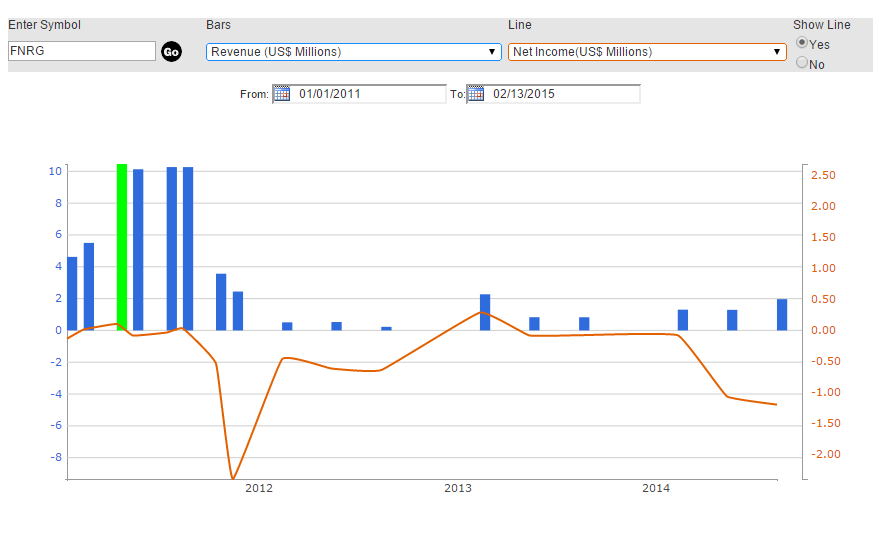 *No equity position in FNRG is being held, and there is no future plan to trade this stock.
Posted by The Wall Street Fox at 7:48 PM