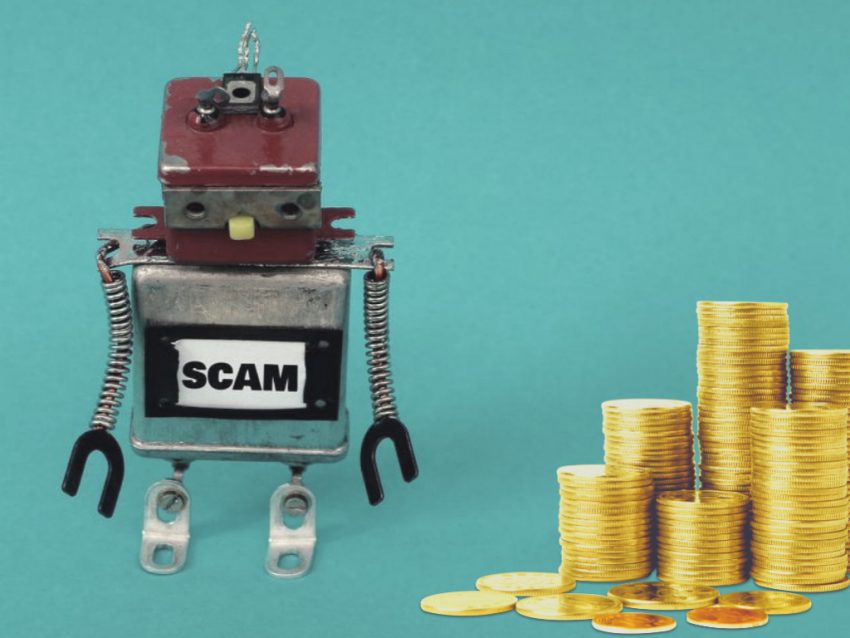 Today, we invited Michael Klias, famous for his scammerwatch.com website, where he reveals the truth about fake crypto trading software.

Now I give word to Mike so that he can explain what are the worst and most annoying bots, that have scammed a lot of crypto traders in the previous years and still work in 2022.

While trading bots that can actually help you to make a profit do exist, the market is full of “trading bots” that don’t really work and are sold as a way to scam the users. Thus, you will need to do your homework through diligent research before buying such a bot. You can start by reading this article on the top 10 worst scams on the trading bot market.

This bot’s official website is full of contradictory, or plain nonsensical, statements. For instance, it first claims there are no hidden fees, then that you’ll need to pay a 2% commission on the profit (which is insanely high, by the way). It says the bot will generate a daily profit of 60%, but then there’s a contradicting statement claiming you’ll earn 4 times the invested capital (4 x 100% = 400%, not 60%). If you follow up on the physical address the company provided, you’ll find there’s nothing there. Obviously a fake.

On Bitcoin Machine’s official website, you’ll find that there are no fees for transactions or commissions, then that a fee of 2% is involved (sounds familiar?). Moreover, the website doesn’t specify who will be providing the fee, the buyer or the seller (or both), which is an important piece of information to know. Another lie is connected to the award the company claims it received from the Global Trading Group, but there’s no such award. Nothing to see here.

Why does the name of every fraudulent trading bot begin with ‘Bitcoin’? I’m not sure, but it seems this is a telltale sign of a trading bot you shouldn’t use. Bitcoin Storm’s website has plenty of text on it, but it’s all mostly generic drivel, not specifically related to the trading bot. It claims 70% of investors will lose money when trading, which is interesting as there’s no indication of how they’ve arrived at that number. There’s no mention of the brand nor the company in the government registry. Bitcoin Storm crypto trading bot is a scam.

Bitcoin Professional Scammer is more like it. Fake awards, contradictory statements about hidden fees, lies regarding the company’s address… We’ve seen it all. Don’t use this bot.

The only method the company behind this trading bot has developed is the method of trying to con you out of your money… and it’s a lousy method, at that. It asks buyers to make a deposit of $250, but it isn’t specified what the deposit is for. Especially as the company is already making money thanks to the 2% commission fee. (Or it isn’t? It depends on the section of the website you’re currently reading). It’s as if they’re not even trying.

Wouldn’t it be swell if there was a loophole in the Bitcoin system that would allow you to amass a fortune with no effort whatsoever? You’d just need to give some money to a trading bot developer, sit back, and watch as the loophole’s exploited and your wallet’s being filled with endless cash. Also, money grows on trees. Bitcoin loophole, yeah, right.

The beginning of the search quickly presents us with suspicious elements. The unnatural use of words such as “official” and “trademark” in order for the scammers to convince us their operation is legit, two completely different logos, vague and generalized text that mostly doesn’t have much to do with Bitcoin Lifestyle… Not falling for it.

Why would a trading bot company require your phone number when filling out the signup form? Even if it was selling broker services, that wouldn’t make any sense. Moreover, it’s impossible to access the main part of the website. Actually, its subdomains contain the “official website”, which is a tactic often used by scammers, who are filling these subdomains with pages for whatever scam they’re currently trying to pull off.

This fraudulent bot will serve as a summary of the entire article, as it exhibits all the red flags you’ll need to keep an eye on when browsing for trading bots. So: multiple logos, an official website in the subdomain, contradicting information, a requirement that the user provides a phone number, a requirement for a large deposit, fake testimonials, fake awards, no mention in the government registry, no trace of the company at the provided address. Bitcoin Rush’s got it all.