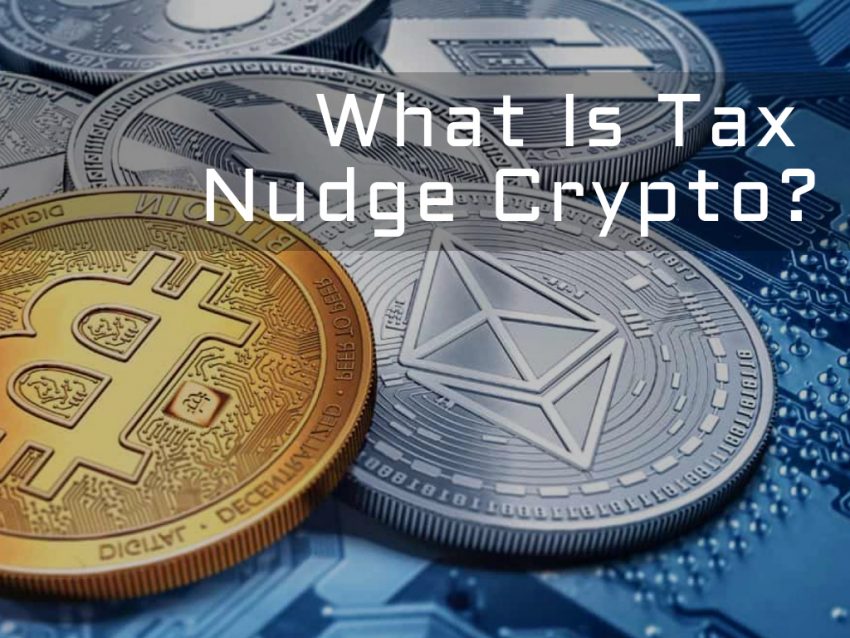 What Is Tax Nudge Crypto?

As cryptocurrencies are becoming increasingly popular in the UK and worldwide, government tax agencies are looking to take a slice of the pie through the taxation of crypto users. Her Majesty’s Revenue and Customs (HMRC) is no different. HMRC has, thus, begun to send the so-called nudge letters to crypto investors in the UK. But, what exactly are those nudge letters?

In this article, we’ll examine this important topic in detail. Regardless of whether you’ve already received a tax nudge letter, or you’re about to get one in the future, read on to learn everything you need to know about tax nudge crypto.

The Context Behind HMRC’s Increased Involvement

More than 3.3 million people in the UK are dealing with cryptocurrency in one way or another. It’s interesting to note that just one year ago, the number was significantly lower, having amounted to some 2.3 million users. There’s more money being invested in crypto every day, new and rich investment funds are appearing regularly, Crypto ETFs will make millionaires, and a large number of highly lucrative and innovative projects are in development. And that’s just the tip of the iceberg.

Such fast and steady growth has no doubt necessitated the increased amount of attention from HMRC. Apart from starting the tax nudge crypto campaign last November, the agency also updated the official Cryptoassets Manual with new information pertaining to the taxation of crypto users.

HMRC is seriously looking into crypto investors and is collecting data on users by working with crypto exchanges available to UK citizens, such as Coinbase. According to international laws, crypto exchanges are obligated to share information with government agencies.

Therefore, if you’re a UK citizen who dealt with cryptocurrency, HMRC has got your info. But, should you be alarmed?

No Reason to be Alarmed

While the usual type of letters sent by HMRC are targeting citizens suspected of tax evasion or incorrect tax returns, that is not the case with tax nudge letters. Namely, as the crypto industry is still in its infancy, HMRC is primarily looking to educate users with this campaign.

The crypto tax regulations are still relatively new and there is a constant influx of new users. Thus, HMRC wants to make sure that you’re aware of all regulations, so that you can pay crypto tax as regulated by the law. In short, HMRC wants to avoid having to chase you for their cut of the earnings.

The Status of Crypto in UK’s Law

By the law of the United Kingdom, cryptocurrencies aren’t actually recognized as currency. Instead, they have the status of chargeable assets, similar to securities and shares. Therefore,  in the eyes of the law, when trading with cryptocurrencies you’re actually investing, and thus, you’re liable to pay Capital Gains Tax (CGT). This applies even if you’re trading with non-fungible tokens (NFTs), which have been recognized as chargeable assets as well.

Have in mind, though, that if you’re just “hodling” (i.e. just investing in a crypto, and not reselling it), you’re not subject to paying the CGT.

Otherwise, you can’t avoid the Capital Gains Tax. To figure out the entire income tax amount you’ll have to pay, you need to add the taxable gain and the taxable income figures. You can calculate the gain by deducting incidental costs of the sale from the sale price itself. On the other hand, taxable income is calculated by deducting personal allowance, and other income tax reliefs you’re entitled to, from your total income.

Each year, you’re entitled to a tax deduction in the form of the Annual Exempt Amount (AEA). This year, AEA is £12,300.

However, do keep in mind that there’s only one AEA grant per individual on a yearly basis. What this means is that, in the case of having gains from several different types of investments, the AEA may have already been extinguished by other investments that aren’t related to cryptocurrency. These include, for example, gains made due to the disposal of property or shares.

Be Cautious of Crypto Value

Another cause of unplanned expenditure may be the sudden increase in the value of the cryptocurrencies you’re holding. For example, people are now surprised as to why is the Graph crypto rising, and even the strongest crypto such as Bitcoin experiences constant value fluctuation.

Due to a lack of planning, some crypto holders may come face to face with an unexpectedly substantial tax bill. The bottom line is to definitely have taxes in mind when deciding on which crypto to invest in.

If you’ve received HMRC’s tax nudge letter, there’s likely no reason to be worried. The greater involvement of Her Majesty’s tax agency in the world of crypto was bound to happen sooner or later. Now that it has, make sure to keep your taxes in order, so as to avoid having to pay any penalty fees to the HMRC in the future.