Crypto industry is becoming increasingly popular. Millions of people around the world are dealing with cryptocurrencies. Every day, more and more money is being invested in the business, new and rich investment funds are appearing constantly, and it’s certain that crypto EFT’s will make millionaires.

Government tax agencies want to take a slice of the profit for themselves by the taxation of crypto users through tax nudge crypto.

Because it can be seriously lucrative, more and more people are interested in the crypto industry. One of the cryptos that have exploded last year is the NFT. The trading of NFTs in 2021. increased to more than $17 billion.

NFT is a non-fungible token. It means that it is one of a kind and it can’t be replaced with another token. Unlike Bitcoin or Ethereum, NFTs are not mutually interchangeable.

Most NFTs are part of the Ethereum blockchain, but other blochains have also implemented NFTs in their own versions. Disney NFTs are not Ethereum-based.

NFTs can be anything digital, such as music, drawings, videos etc. NFT contains digital data stored in a blockchain. The ownership of an NFT is recorded in the blockchain and it can be sold and transferred to another owner.

Digital art and film are common NFTs. High-profile auctions of NFTs linked to digital art have received considerable public attention. Some works are being sold for millions of dollars.

Disney is well known and one of the biggest brands in the world. In 2021, NFTs became increasingly popular and many brands have decided to release their own NFT collectibles. Disney was no exception.

In November 2021, Disney released their “Golden Moments” NFTs on the VeVe NFT app in the honor of Disney+ Day. Veve is an app-based marketplace for licensed NFT drops from some of the biggest brands in the world.

Disney NFTs sell out rapidly. The price for “Golden Moments” was $60 in the initial drop.

How to buy Disney NFTs?

Disney NFTs can be bought on VeVe app. VeVe NFTs trade only by using their own currency, called Gems. One Gem equals exactly one US dollar. However, it’s not possible to convert Gems to Fiat. In the future it will be possible to transfer Gems to Fiat currency, but not yet. You can transfer Gems to another user on the Android phone, but that is not currently available on iPhone.

When you set up the app and purchase some Gems, you’re ready to buy NFT. It’s important to emphasize that VeVe drops are very popular and they sell out rapidly.

Disney NFT collections that have been released so far

The “Golden Moments” were the first Disney NFT. It’s a collection of rotating golden statues of famous Disney heroes. The Simpsons Golden Moments NFTs came out in November 2021, with the Walt Disney Animation Studios, Pixar, Marvel, and Star Wars NFTs dropping a few days after that.

Each collection came with 18,666 NSFTs in the collection. Included on the Veve platform is a Rarity Scale. With this scale, you can easily determine how common or rare your NFT is. Editions can be Common, Uncommon, Rare, Ultra-Rare, or Secret Rare.

Since the NFTs came in a Blind Box format, the buyers didn’t know which NFT they had until after the sale finished. The price was 60 Gems (equals 60 USD).

The Partner Statue (Walt and Mickey) was part of the original Disney NFT drop, and right now it is the most valuable Disney NFT. At first it was sold for 333 gems, but now the price is over 10,000 Gems on the VeVe Marketplace.

In honor of Valentine’s Day, these two Golden Moment statues of two couples were released on February 14, 2022. This was a great idea for a Valentine’s day gift. They are Donald & Daisy Duck (Common) and Lady & The Tramp (Rare).

In the Star Wars collection, there are two figures: C-3PO (Common) and R2-D2 (Uncommon). 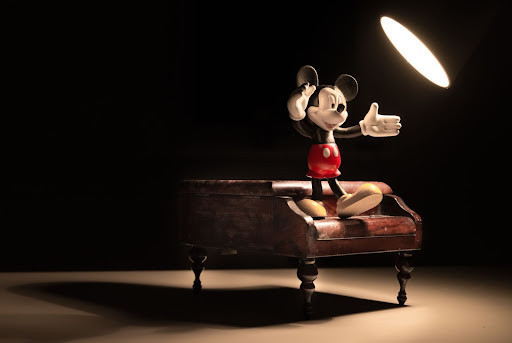 If you want to own a Disney NFT but the initial drop sold out instantly, then you can get your NFT on the VeVe secondary market.

The steps are simple. First, download the VeVe app, which is available on the Google Play Store and the Apple App Store. When you open the app, go to Profile on the bottom right of the screen. Next, go to Wallet and buy some Gems. Via the Market icon, you can reach the secondary market and see which Disney characters are still available. The prices will be higher, but maybe still worth buying for you. When you are ready to buy, click Buy Now. Proceed with the instructions. Next, click on Buy to secure your NFT. Your NFT will now be visible under the Collection tab. Lastly, if you want to keep expanding your collection, make sure you sign up for updates so that you can keep up with the latest NFTs.

These fantastic Non-Fungible Tokens are going quickly, so you need to act fast. Famous characters like Mickey and all those Disney legends who followed, command high value as digital art. Enjoy the crypto world and beware of the top 10 scam bitcoin trading bots to avoid in 2022. One might get invested in an NFT and quickly develop a thirst for more, and there are scammers all over the place.